Google+ Buzzing or Buzzed out?

Lets face it, when it comes to Google’s track record of having stabs at social networking is not, let’s say, anything to shout home about. We’ve been subjected to Wave, Buzz, I don’t know about you, but they left me confused and thinking ‘so what’.

But you’ve got to give it to them, they’ve back yet again having another bash at social networking with the arrival of Google+, and this time everyone seems to be jumping on it – with it’s similarity to FB, users are already claiming to have left Facebook in favour of the new platform, Chris Brogan is a classic example, but he is renowned for his bold statements…

Google+ is the search engine giant’s answer to Facebook, in a lot of ways it’s very similar, with similar features.

When I used it for the first time, it felt a bit pointless, just like back in 2009 when I joined Twitter and had no followers, a bit like standing in a middle of a field with no one around, talking to myself….

So if you don’t have any online friends, it’s pretty pointless.

Given it’s similarities to Facebook, it is also very different. One example is how it asks users to categorise one another, the same way as FB friends lists, I guess also the same as Twitter lists – putting people into lists of how you know them, but it’s a lot less complicated than Facebook with it’s simplicity of ‘Circles’

Facebooks initial strategy was to become a platform for people to keep in touch with friends and families, and adding additional features afterwards has over complicated things. I don’t know about you, but unless I categorise things straight away, I tend not to bother, especially if adding people to lists will take time. I’ve never used this feature…..

What makes ‘circles’ different for me? Well it’s there from day 1, so I can start adding people and organising my streams how I like them, and I do so each time someone new follows me, I also like how you can very easily drag and drop people into circles, and how easy it is to name them and create new ones, so when I want to broadcast a particular message, I can select what circle to broadcast it to, and not to the whole world like Twitter or Facebook…so if I have a boozy night out and want to tell my friends to keep my stories a secret I can send it to my ‘friends’ list, likewise if I have some fab business news I can send it to my more professional circles.

One added benefit, is that it’s not cluttered and I don’t get farmville requests… how long this will stay for remains to be seen as I’m sure Google will start to want to make revenue out of it’s claimed already 10 million users.. so watch this space.

Am I convert? not yet. I’m failing to see where it fits into my social media strategy, at the minute it’s just somewhere else to post, draining yet more time on my day, but I am a geek who loves social media, so it’s somewhere I have to and need to be 😉

However, having said that, it does have one cool feature called ‘hangouts’ an online chat area that combines voice and video with instant messaging and the ability to share and talk about youtube videos… this bit is cool – I can ‘hangout’ with my usual Twitter buddies in real time and not just through Tweets…something the other social networking platforms are missing….

Scary thought – if you are an avid Google fan, you could do everything from within Google, you have your documents, emails, browser, chat… so you quite possibly might never have to leave your screen….

So my thoughts? well it is easy to use, and I’m guessing if you are a Google+ user, the usual stream of Tweets that appear currently when you search on Google will soon disappear and be replaced by Google+ messages…

I think I will reserve my final judgement until the Business aspect kicks in, because now I’m just ‘not getting it’…. why I would want to use it (although I do a little), and how it fits in around everything else…

Hi, my name is Kelly and I am your Tech Angel. I am a multiple award winner for the UK and North East of England. I work with Female Entrepreneurs who are simply overwhelmed with technology to help them start enjoying their business.

This website uses cookies to improve your experience while you navigate through the website. Out of these cookies, the cookies that are categorized as necessary are stored on your browser as they are essential for the working of basic functionalities of the website. We also use third-party cookies that help us analyze and understand how you use this website. These cookies will be stored in your browser only with your consent. You also have the option to opt-out of these cookies. But opting out of some of these cookies may have an effect on your browsing experience.
Necessary Always Enabled
Necessary cookies are absolutely essential for the website to function properly. This category only includes cookies that ensures basic functionalities and security features of the website. These cookies do not store any personal information.
Non-necessary
Any cookies that may not be particularly necessary for the website to function and is used specifically to collect user personal data via analytics, ads, other embedded contents are termed as non-necessary cookies. It is mandatory to procure user consent prior to running these cookies on your website.
SAVE & ACCEPT 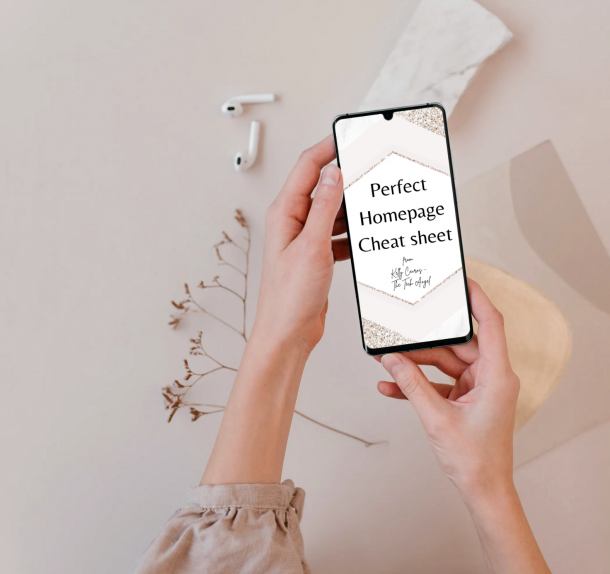 Confused about how to pull together your home page?
Look no more! I have put together some swipe cheat sheets for you, with proven high convert rates.
I'm all about keeping it simple and these are those!
Grab your copy now, and I'll even throw in my about page formula too....

Yes! It's on it's way...head over to your emails to download it (check your spam)